Every week I see ads using the latest marketing buzzwords to describe how a company is going to use your/their big data to revolutionize how you farm. Estimated rainfall using radar images is being claimed as “hyper-local”. UAV’s, imagery and crop models being claimed to replace scouting for diseases and insects. Proprietary algorithms use big data to manage all your inputs so efficiently it will be “game-changing.” That’s one of my favorite buzzwords- “game-changing.”

I do believe that using your data can and will be game-changing. But I would suggest the “game-changing” may be different from what many companies are expecting.

When Premier Crop (PCS) first began in the late 90s, I drew the comparison between what we’re doing and the Dairy Herd Improvement Association (DHIA). DHIA is a record-keeping database system that documents production by the individual cow – the same as we’re doing within fields. DHIA allowed dairy farmers to benchmark each cow’s performance not just to others in the herd but also to other cows in the database. Genetic selection, nutrition and herd management evolved rapidly as the entire industry moved to data based decision making. DHIA is now the industry standard operating procedure. 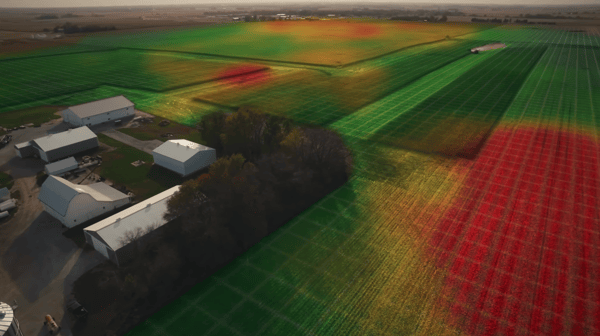 We are entering a new era in crop production when growers will frequently have better information on product performance than the company producing the product or the selling retailer. The day has arrived when growers, using PCS or a similar system, can evaluate hybrids by yield and profitability in their fields and local geography. Testimonials and “trust me, it works” simply won’t cut it.

Sound harsh? Think about what’s happened to all the feed companies that existed 30 years ago. Most disappeared because the data didn’t prove their products/delivery model provided an economic advantage.

In 2005, PCS introduced our Learning Block concept. We wanted to know whether our VR seeding prescriptions worked, so we added 1-2 acre higher and lower population Learning Blocks in each management zone. We’ve now extended that concept of “checking our work” to VR nutrients and it’s used extensively, especially with nitrogen. If we’re going to put more nitrogen in an area of the field, we can add higher and lower N rate Learning Blocks to validate if we did the right thing. Learning Blocks have proven that our real-world and humble approach to agronomy is warranted.

I’d suggest that companies line up to offer you solutions based on their proprietary algorithms that you adopt the same position as President Reagan did in negotiating arms treaties with the Former Soviet Union – “trust, but verify”.