We’re fortunate in the U.S. to have digitized soils. What historically used to be contained in a book of maps is available in electronic form. Literally, every precision ag platform has the ability to use soil types, texture, slope and other associated soils layers as part of their offering. For many offerings, soil types are foundational — they are a basis for generating variable rate prescriptions and for analyzing results. 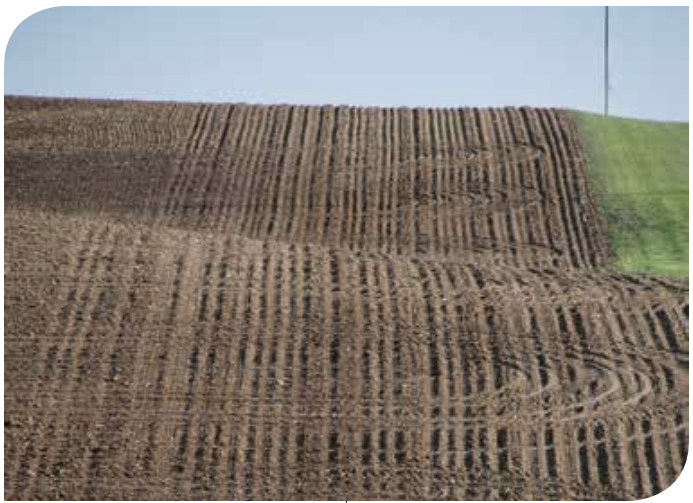 Differences in soil type, texture and slope can be an important consideration in using your data to make better decisions. But I would encourage you to look deeper. I still remember a presentation in the late 1990’s from two USDA ARS scientists, Doug Karlen and Tom Colvin. It was the early days of precision ag and in their initial test field using AgLeader’s 2000 yield monitor, they discovered that there were
more yield differences within soil types than between soil types. While that might not be surprising to some, it was too others. It signaled that yield variability can’t be explained by just understanding the variability that Mother Nature created. What we’ve done through human activity over time can be, and frequently is, just as important as nature.

The term silver bullet has been used to describe an immediate and extremely effective solution to a given problem or difficulty, especially one that is normally very complex. Frequently, I get asked “After 20 years of analyzing data, what is most important?” It’s a question looking for a silver bullet answer. 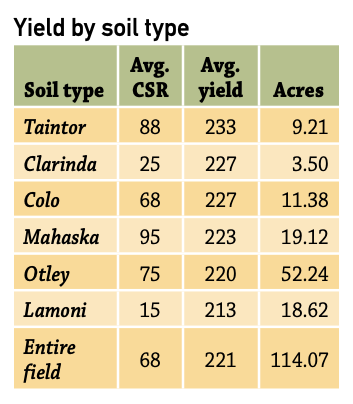 As important as soil type differences can be, soil types are not the silver bullet when it comes to your data. This table is part of an Iowa field report. In Iowa, there is a productivity index tied to soil type — CSR (Corn Suitability Rating) is a 1-100 scale — which is often used when land is rented, bought or sold. Mahaska and Taintor are soils that everyone wants to farm — deep A horizon and naturally well-drained. Clarinda and Lamoni just the opposite. But as you can see from these yield results, for this grower and this field, CSR isn’t
a great predictor of yield. Why? That’s the power of your data — being able to ask and answer the “why” question.

Crop production is incredibly complex with many different interactions. Man-made variability can trump what nature serves up. In this field, their deep data tells a story that proves a history of manure can make less productive soils very productive.

Benchmarking hybrid or variety performance by soil type is far better than not having that benchmark — but your data can go even deeper. It’s not that soil type isn’t important — it is — but it is one of many layers of data that you can use to get closer to an apples-to-apples comparison. Stopping at yield by variety by soil type will lead to an apples-to-oranges analysis — or even apples-to-lemons.