In my area of Iowa, primarily in Mitchell County, the adoption of strip-till has been huge. There were three or four people that started in the early 2000s, along with my dad, that were pretty vocal about what they were seeing and what kind of benefits they were getting from reducing tillage and going to a strip-till pass. I would love everybody to switch to strip-till and then to no-till down the road, but I understand not everyone is in that mindset. Many growers want to keep doing things the way they have always done things. That’s not always bad, but from a long-term farming standpoint, I believe there are benefits to doing things differently when it comes to soil health and keeping soil around for the next generation of farmers. It’s a mindset change, and it has to be the grower’s decision. 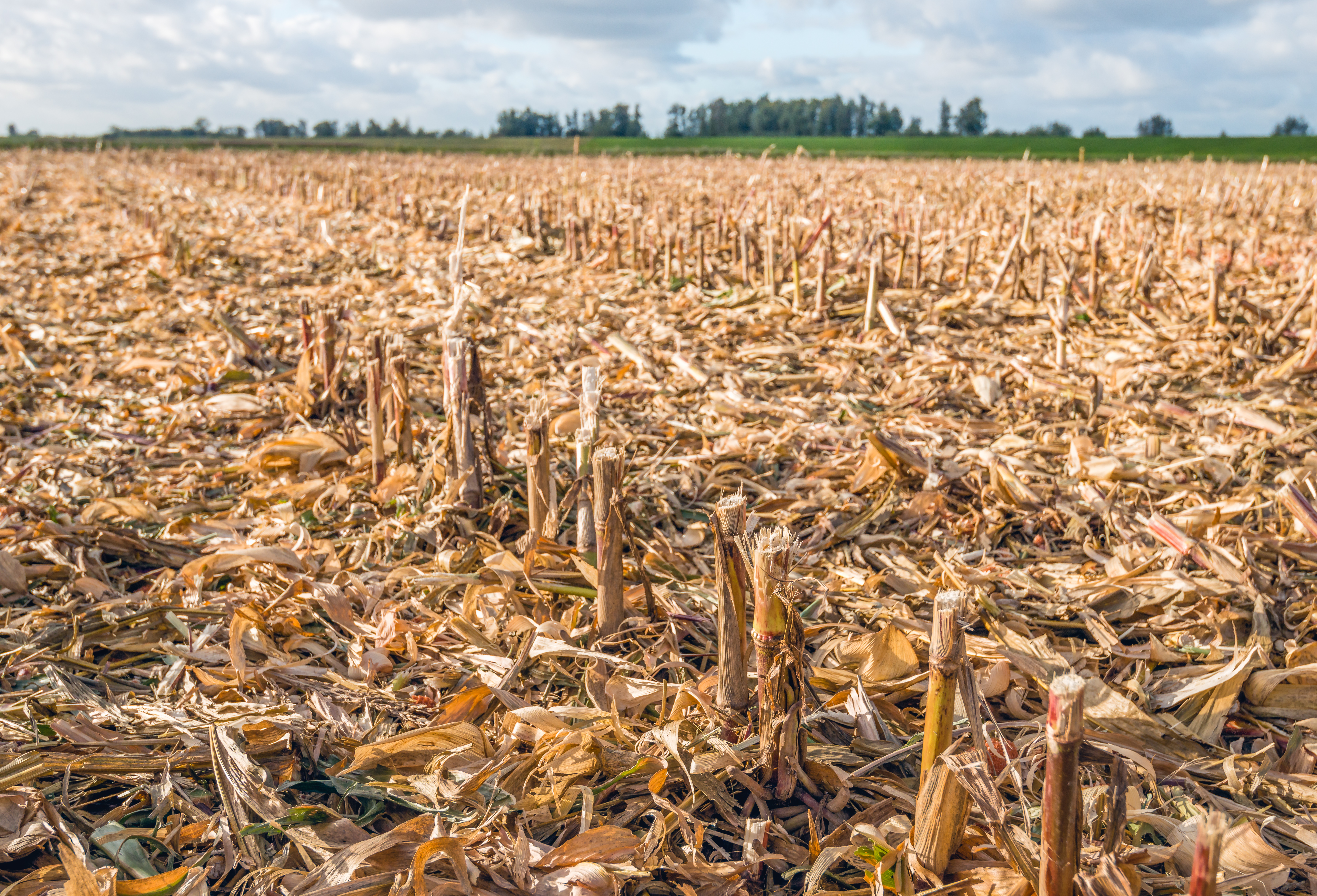 This year, with the dry weather we had, some of my higher-yielding guys are the ones that have reduced tillage to almost nothing. This is because we conserved every drop of moisture we had in the soil in the spring, which was pretty crucial when we were roughly eight inches of rain behind until August. From April 1st until August 1st we were way behind on moisture. The growers that reduced tillage could definitely see it in the crop this year. What we’ve found over the years is that yields have started to increase on our own farms and on some other growers’ acres that have been doing stip-till long-term. Most of the guys that started back in the early 2000s in this area have now switched all of their ground to no-till. When I was a kid, we were still plowing. My dad started doing strip-till, and now we are no-tilling the long-term fields that have been strip-tilled for 10-plus years. The switch to no-till was a push from some people around here, so we started by trying one farm. We split a farm in half, and it was a night-and-day difference. It was a 15 to 20 bushel difference in yield on the corn. We saw better width with the no-till, and I think that was because it was a drier spring. We conserved more of the moisture, and so we’ve since switched those farms that had been long-term strip-till into no-till.

The less we disturb the soil, the more we’re going to improve the soil health by allowing the fungi to continue to grow into long strands. This allows the bacteria to continue what they’re degrading, or trying to decompose in that area. By doing this, we get a larger population of bacteria fungi in the soil that are a good benefit to us. Not only do they help break down the prior crops’ leaves and stock that we have left in the field, but they’re also mining and bringing some of that additional N, P and K from deeper in the soil that our crops may not usually get.

Some of the other things we’ve noticed, especially in a wetter fall: as what we call the soil transitions or changes for us, it has more core space and more structure. In a wetter fall, we don’t cut the roots like somebody else that may be doing full-width tillage does. We may leave an inch or two print, while they are sinking into the depths of their tillage layer. That definitely helps in the fall, but the nice thing with the strip-till is you get it done in the fall, and that’s the last pass you do. You can come back and plant it and then spray. So it definitely reduces one or two trips out of that system for us and we’re burning a lot less fuel.

Many times, we get into talking about yields and the cost of equipment. In my area, we have a lot of growers that do some custom work. This allows growers to try strip-till for a couple years before they make the investment on their own strip-till rig. Usually about a year or two later it transforms into a more in-depth conversation on what exactly is involved in completely switching whether it’s to strip-till or into no-till.

I have all kinds of data I can pull up from guys that have switched in the past. We have never seen a yield decrease when we switched someone from full-width tillage to strip-till. The best success story comes from growers seeing the data from their own farms. We can start pulling that apart with Premier Crop and say: ‘No, this did not hurt us in yield, and maybe you even gained a little bit in yield.’

For us, cover crops have been very important. The big thing is having a living root or a living plant in the soil as long as you can. Right now, we miss out on probably five to six months, where in a traditional system, we have no plant growing in the soil. The soil doesn’t like that. It is a living, breathing thing that we need to feed, and cover crops definitely add that. I tell growers that we are still trying to produce high-yielding crops — corn and soybeans, primarily, in this area — but mimic the prairies as best we can. We’re trying to go back to what we had before they broke the prairie. We want that living plant out there and different species of plants that add all kinds of benefits, whether it’s bringing in different bacteria, or a different type of root structure. 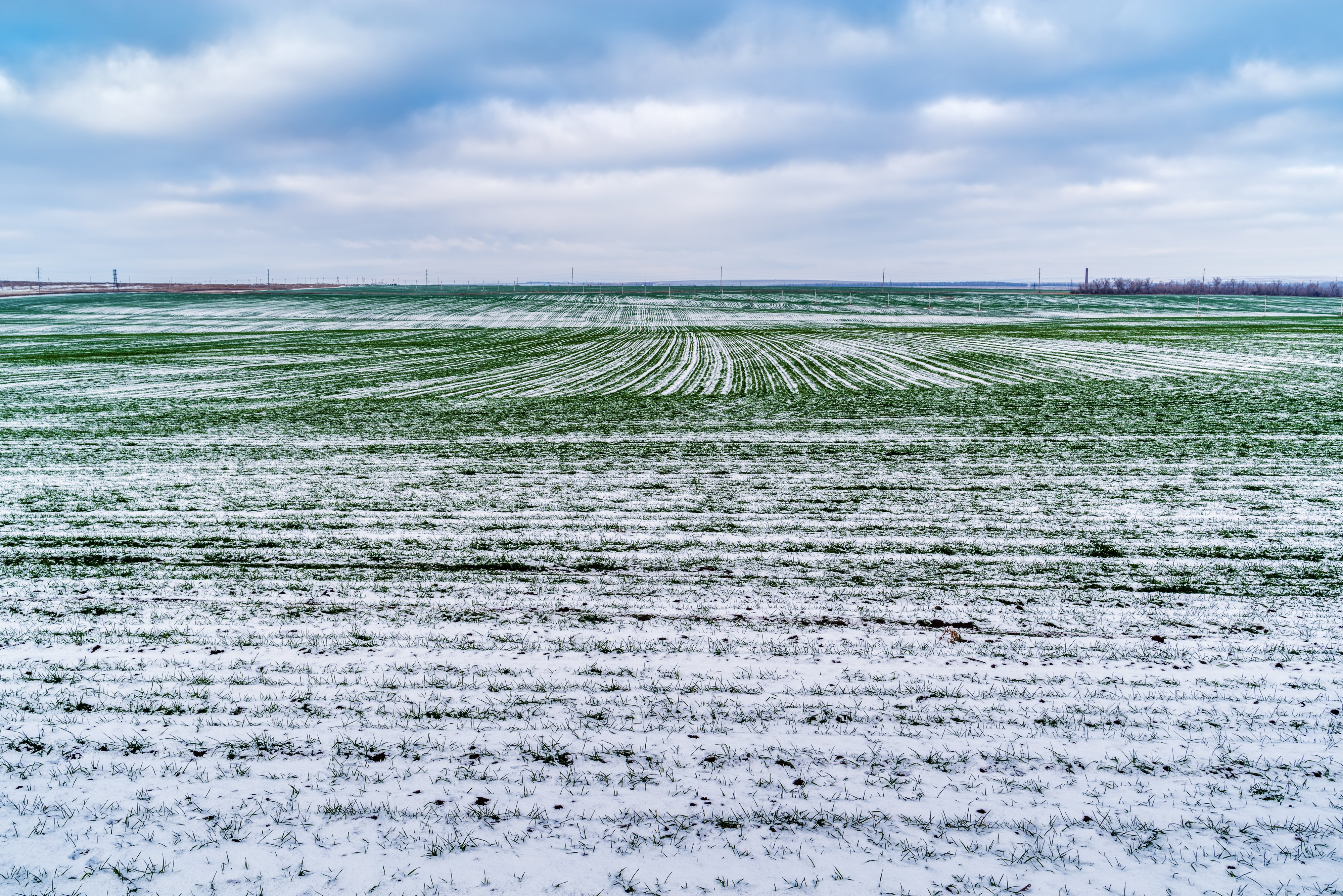 There are a lot of people who say you can’t grow cover crops in north-central Iowa because we’re too far north. We’ve been proving those guys wrong since 2012. We have learned quite a bit up here. There are a lot of species of cover crops that they can use in southern Iowa or other states further south that we can’t get to grow in northern Iowa. We’ve had very good luck with cereal rye. It’s kind of about as bulletproof as you can get with a cover crop because it tolerates cold very well. It germinates in cold soils and starts very quickly. It’ll actually grow on concrete as long as it’s got sun and moisture – that’s how tough it is. It’s very diverse on how well it works for us in a lot of different scenarios. If we can get a good, solid, consistent stand in the fall, since cereal rye will overwinter for us and will start growing probably at the end of March up here if we get some warmer weather, it’s unbelievable what it does for weed control. The big one we fight up here is waterhemp. If we get a nice, solid stand of cereal rye growing to cover, it will basically knock that waterhemp pressure back to zero. I’m not going to say it is zero, but it’s probably less than 5% compared to if we were just going to leave it, nothing growing out there, and we go and do our normal stuff in the spring. I have a couple farms that it’s really bad on. In the areas where I may not have the best stand of cereal rye, that’s where the waterhemp is at. Where I have good stands of cereal rye, there’s not any waterhemp there. It is unbelievable how well it works for weed control out there. By reducing our tillage, we get the full benefit out of these covers.

We need to reduce tillage because as we till the ground, we actually release carbon in the air. That’s from the organic matter starting to break down. As we add more air to it, it breaks down even faster, and we release that carbon. Then between the rows, we have areas that are untouched, and we are not breaking down the organic matter very quickly. We’re pulling more carbon into that than we are releasing throughout the year. Cover crops just add another layer to that, because they are growing year round for us. There are still microbes in the soil feeding on it, pulling in carbon from the air. To really get the full benefit of capturing that carbon, we need to reduce tillage and add some cover crop in there so we have something there all year long.

The carbon program is still so new, and it’s hard to really and truly understand where we’re going to be in five years with it. I would say the biggest thing for growers that are in Premier Crop is we have the ability to go back and query that yield environment and say: ‘Here’s what the strip-till did. Here’s what the full tillage did.’ We have that ability to dig down and really come to a true yield on their farm, on what system gives them the best return. As we reduce those trips, we have reduced costs. We can give up a bushel or two on things and still maintain the same income at the end of the year. That’s what Premier can really provide. It’s those kinds of numbers.

Of the customers that I have in Premier Crop, I would say probably a quarter of them to a third of them are using a lot of cover crops. Then, I have a few other guys that are just starting to play with them. They’re trying a field here or there and seeing what happens with it. That’s another thing I always push the guys I work with to do. It’s not a: ‘One year. I’m done.’ We need to do this for three or four years to really understand what’s going on, on your own farm, and make a decision from it. We need to try this long-term because it’s really a long-term benefit: the soil health and reducing our tillage out there. It’s a five to 10-year type investment.

That’s the nice thing about having Premier Crop in the background: it just gives us that in-depth reporting and the ability to track things long-term too.

I highly recommend a grower no-till and cover crops, give it a try for 3-4 years. I’m going to bet that it’ll surprise you.

The Importance of Yield Efficiency, Group Data, and Benchmarking

How Variable Rate Helps Manage the Rising Cost of Fertilizer